Why This Site was Created

Before delving into why I wanted to start dedicating time to a blog, I wanted to share with you a separate-but-related issue that I care deeply about.

A Story About the Music Industry

My good friend, an eclectic musician and producer, told me that cassette tapes are back in style. Arguments about music fidelity aside, I can definitely see the appeal: compared to music streaming services like Spotify, you actually own the music.

Additionally, the artist will actually make a couple bucks off of your purchase, as opposed to the fraction of the penny they'll make from Spotify. And, as opposed to buying music digitally, cassette tapes can function as tiny pieces of artwork you can display around your living space. I don't see the industry shifting back to physical media any time soon, but I can see the niche appeal. 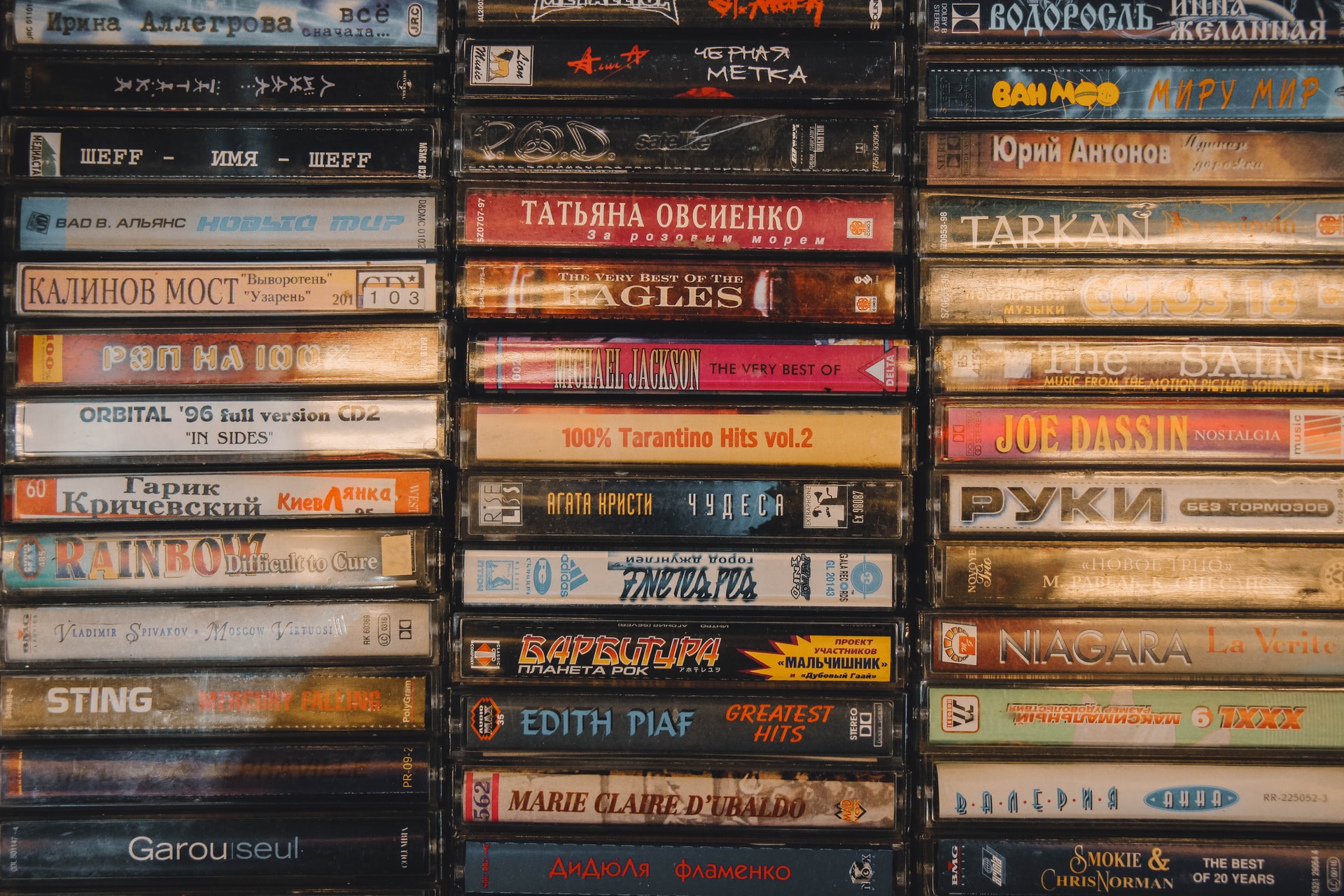 See, even the album text on these tapes is cool to look at! Image from Ignat Kushanrev, here

I'm not delusional enough to think that this sudden, drop-in-the-bucket interest in physical media will make any difference to Spotify's bottom line, but I do hope that it represents a slow shift in how consumers think about their music-consuming habits, and how it affects their favorite artists.

Because, if you don't know this already, the shift towards music aggregation services like Spotify has totally screwed all but the biggest artists. Across the board, as more and more people stream their music instead of purchase their music directly from the artist, things get worse for musicians. This is because:

Your response to all of this might be, "I work 8 hours a day and I hate my job, so I think musicians should get a real job and quit whining." That's a fair point. Not everyone is going to love their job.

Personally, I think this would be a wonderful thing, and there's a few small-but-meaningful steps that we could all take to inch closer to that reality, where small, independent musicians actually have a fighting chance against the huge, soulless corporate machines. For example, we could make an effort to go to our favorite artists' local shows. We could also increase the artist's exposure by sharing their music with our family and friends. And, of course, we could buy a cassette tape or two.

Over time, this could slowly distribute power back into the hands of the musicians where it belongs, and I think musicians everywhere would benefit.

A Blog is Kind of Like a Cassette Tape

How does this relate to starting a blog in 2020? Well, In the past few years, much like how people consume much of their music through music aggregation platforms like Spotify and Youtube Music, many people consume news and information through news aggregation platforms like facebook, google, twitter, and reddit. Unless a piece of news is a front-page headline, or on the font page of reddit, your average person (myself included) probably won't see it.

In a way, a blog is kind of like a cassette tape: both are mediums for content with very limited appeal in today's technological landscape. Most people would rather get their content served to them as a curated list, rather than do the work of discovering content on their own.

These tactics, plus many more, mean that groups and organizations with deep enough pockets and influence wield significant power on these content aggregation platforms. For example, take a look below at a screenshot I took of Reddit's "Top Post" as of November 19th 2020, around noon. It's literally just a thinly-veiled advertisement for a pizza chain:

I blocked out the actual company so you wouldn't have to be subjected to the actual advertisement. I use reddit's "old" theme, so it may look different than "your" reddit

Does anyone think that this advertisement for pizza reached it's top spot organically? Do we really think 34,000 people saw this and thought to themselves that this post was so compelling, that they thought to upvote it over all other pictures they saw that day? Or is it possible that the company that owns this pizza chain employed one or more of the methods I mentioned above?

Not only is seeing a pizza advertisement as reddit's top post monumentally lame, but it actively harms small content creators who would have otherwise had a opportunity for world-wide exposure. There were probably thousands of pictures from real people that were more deserving of that top spot, but the unfortunate reality is that these small-time creators didn't have the money or connections to exploit reddit like <redacted fast food company> did.

To drive this point home, here's another anecdote: I booted up twitch.tv last night (a site where you can watch people play video games), which I generally think is pretty cool because its a pretty democratic platform, and to my utter dismay, I was shocked to see something featured prominently on the homepage, front-and-center over all other content. Was it:

All good guesses, but no. It was an NFL game.

If I'm small, independent content creator on twitch, then how the hell am I supposed to get any visibility when Twitch has the freaking NFL on their homepage? Do we honestly believe that the NFL started a normal account and earnestly worked their way to popularity like the rest of us? Or, is it possible that money exchanged hands to ensure that the NFL account was given prime real estate on the site at the expense of smaller accounts that don't have that kind of money?

When a handful of companies control how content and information get consumed for the majority of the population, then the playing field becomes ripe for exploitation and manipulation by the biggest voices. The end result is that the biggest brands get seen and heard, while the smaller, independent voices get silenced and buried.

For someone like me, this is pretty sad: in real life, I'm a pretty closed off individual. Introverted, you could say. But like most other human beings on the planet, I want to engage in discourse. I want to discuss, debate, listen, and learn. And maybe laugh at a viral cat video or two. For people like me, the internet used to be a great place to do that. But unfortunately, I'm beginning to feel less comfortable, and less motivated, doing so on platforms like Facebook, Twitter, and Reddit that are designed to stamp out little, independent voices like my own. And for what? Pizza advertisements? NFL Games? 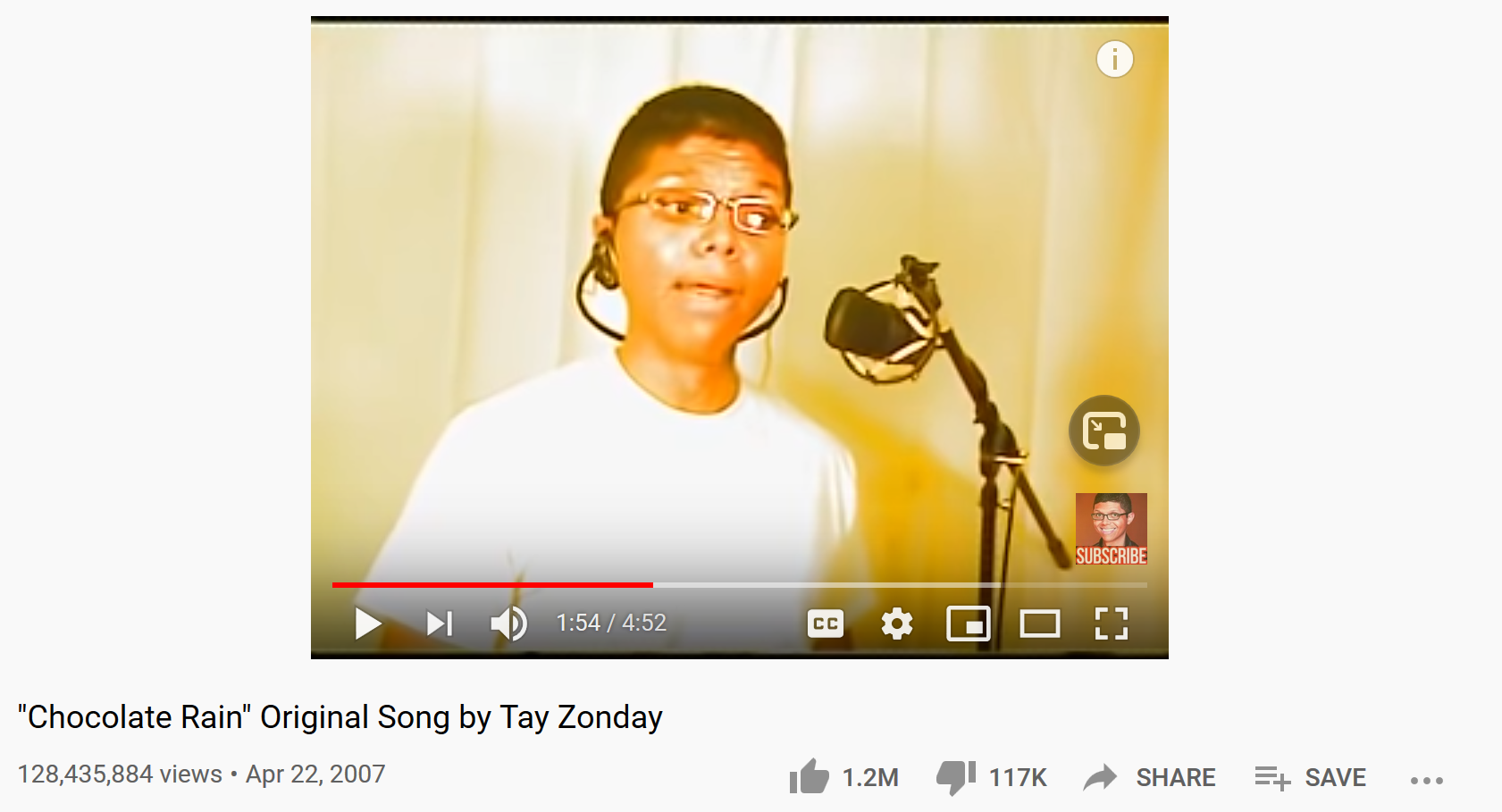 Remember Choclate Rain? What about Friday? Are genuine, viral phenomena like this even possible any more, when so much of Youtube's platform is dominated by big players?

Taking my Blog and Going Home

Therefore, instead of posting something to reddit, twitter, youtube, or facebook, and giving these big tech companies free content to monetize, analyze, and sell to advertisers, I want to start "selling" my own cassette tapes of tech content to take some power back. I want to start a shift back to the way the internet used to be, where smaller voices could actually reach people. Where content could simply exist on the internet without a monetary purpose, without a desire to collect your data, where content doesn't simply exist for advertisers to analyze and aggregate into a dystopian, consumerist black hole. Admittedly, I'm shouting into the void, but change can't start from nothing. For me, that change starts with this post.

Like musicians taking their music off Spotify and selling their physical music directly to consumers, I am taking my content (as little and worthless as it may be) and putting it on my own platform. My hope is that, if people take their content away from big content aggregation platforms and decentralize it, the power shifts a little more fairly back into the hands of the content creators, where it belongs.

So, I'm starting a blog. Ideally, it should be a video blogging platform, but that would take a ton of time to implement, and I'm not that smart. And as far as videos go, I'm not really funny or personable or creative with editing. And I stutter or stumble when I talk. So, a blog it is!